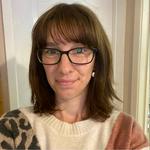 Updated 3 weeks ago by Sarah Davey

You can use the Standardised Scores mark scheme to record standardised test results from any test provider, including NFER, Rising Stars, GL Assessment, Renaissance, etc. Standardised scores are more easily comparable over time and between subjects than raw scores and other test data, so we usually recommend storing these for analysis in Insight where available.

For more on the difference, we recommend Michael Tidd's article: Standardised and Scaled Scores

These thresholds can be customised for your school. James Pembroke (data analyst guru) has written about the thinking behind this breakdown in his article: Using standardised scores in progress matrices

Note that on most of Insight's cohort and analysis reports, standardised scores will be grouped according to their evaluation, rather than the score ranges above. For a more detailed breakdown by range, you can use the Progress Matrix report or the advanced options on the Overviews - Attainment report.

'Raw' test scores are often standardised in such a way that:

Do beware of comparing average standardised scores for small groups: "an averaged score from a just a few pupils is not a reliable indicator." Source, p.1-2.

On request (contact support) Insight can automatically calculate a pupil's Percentile Rank based on their Standardised Score, and show this in brackets, eg: 101 (53%)

This is a useful way to see where a pupil sits compared to the average. For example, a pupil who has a Percentile Rank of 50% performed at the same level or better than 50% of the sample group.

If these are currently showing for you and you'd rather not see them, let us know and we'll turn them off.

How did we do?

(opens in a new tab)